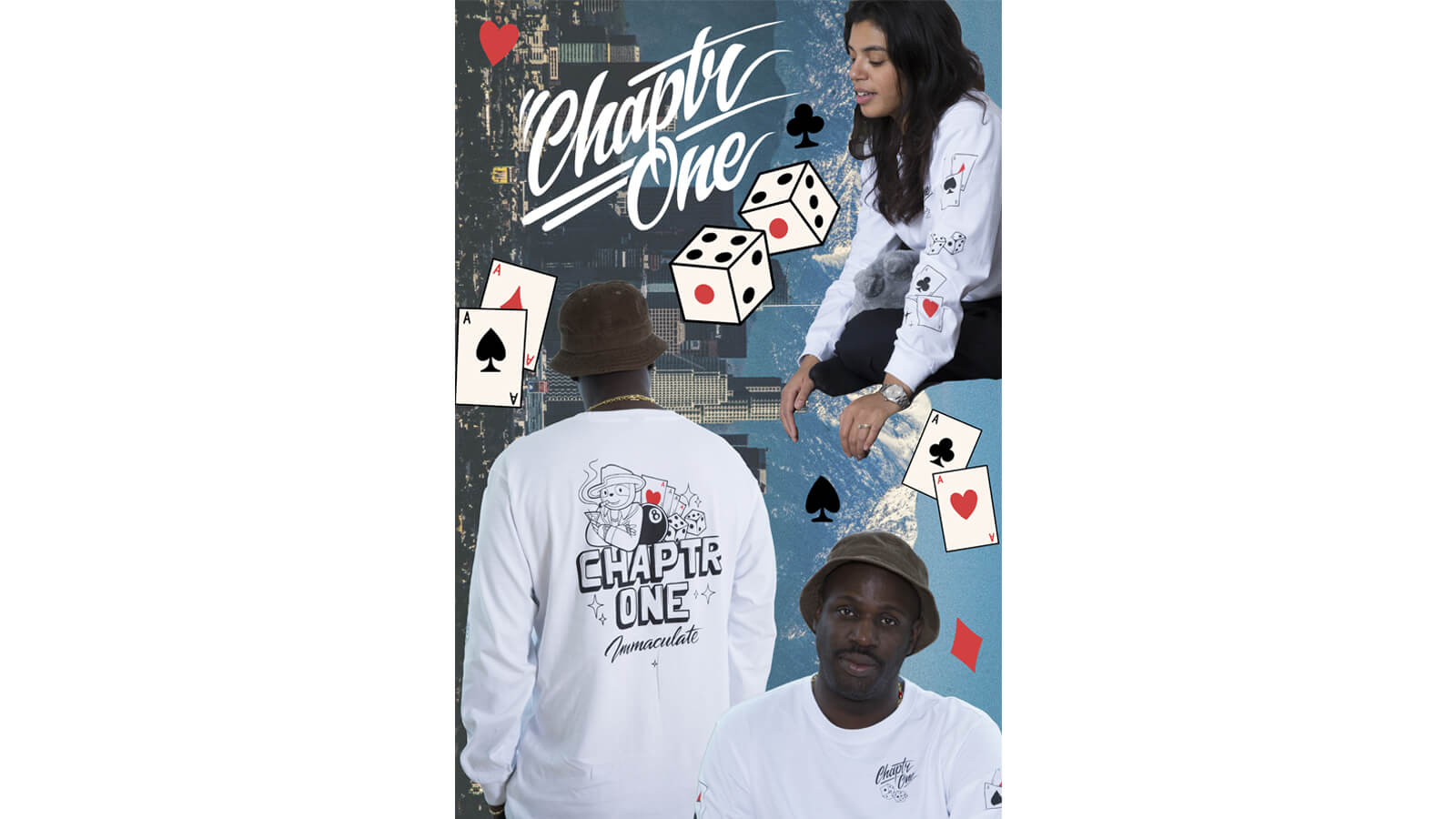 Decorated with Morrison’s iconic ‘Animal Thug’ sloths, the capsule consists of five pieces for adults ánd children as Chaptr One believes in serving a wide audience. Pepijn Lanen, famous member of De Jeugd van Tegenwoordig and also known as Faberyayo, has always been a fan of the Animal Thugs and is starring this campaign with his wife Coco and kids. Gee Schmidt, co-founder of Patta, also modelled for the collection with his son. The collection will be presented on the 1st of December in the Chaptr One store with a total transformation, showcasing art and photography by Morrison Schiffmacher in the Animal Thugs theme.

The Story of Chaptr One

Starting out as a true sneaker fanatic and expanding her collection, a dream became reality when Chanica Kist, better known as Shoenica, opened Chaptr One late 2017. A well curated Sneaker boutique store like no other in Amsterdam, focused on reselling and selling classic collaborations, rare samples and other sought-after gems which you can’t find pretty quickly.

Chaptr One’s reputation grew fast with attention from all over the globe, national paper, appearances in television broadcasts and visits by famous vloggers. Reaching the 1 year span Chanica recognized it was time for a new chapter to add to the rising reputation of Chaptr One and reached out to Morrison Schiffmacher, one of the leading faces in the Amsterdam tattoo world to come on board as creative director and create the first (of many!) ‘Chaptr One capsule collection’.

Your wishlist is currently empty.